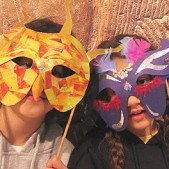 Purim with Yad Eliezer is an adventure. “It’s amazing to see the Jewish People at the height of their generosity,” says Milka Benziman, Yad Eliezer’s social services director.


Throughout the days of Purim and Shushan Purim, an annual volunteer call centre is set up in Jerusalem. The exhilaration of kindness and generosity sweep through the air like a strong wind. How many lives will be changed this Purim? How many children will burst out laughing and how many parents will burst out in tears at the relief of being given money to buy food for the coming weeks? Matanos Levyonim checks for the poor are prepared weeks in advance, but the website and the phones remain open up until the very last minute. So does Yad Eliezer’s heart.


When Milka discovered that she had much more tzedaka to distribute than she expected last year, she was overjoyed. The right address for the money immediately came to mind. Milka had recently become acquainted with Avigayil Levi*, a widow in her forties living in dire poverty.


Avigayil had not always been impoverished. In fact, when her husband had been alive, Avigayil had been one of the most active members of her community. A contented homemaker, Avigayil had been the one other people turned to when they needed help. Making phone calls for a Neshei event? That was Avigayil. Cooking for a new mother? Avigayil was in her stride. The Levi home had burgeoned with guests, children, and happy activity.


That was before her husband got sick. When Eli Levi* was diagnosed with cancer, Avigayil’s world fell apart. Between trips to the hospital, tending to her husband, and trying to manage the distraught children, Avigayil simply no longer had the time to be an active member of her community. There wasn’t a father to lead the Shabbos table anymore, so guests stopped coming. Neighbors stopped calling Avigayil for help with Neshei events. She was just too busy to arrange flowers, set up tables, or make phone calls.


When Eli passed away, the Levi’s financial resources were depleted and so was Avigayil. As the children grew up, Avigayil struggled alone to support her large family. Paying for weddings was almost impossible. When Yad Eliezer encountered her, Avigayil had only one son left at home and the two barely had enough to eat.


Avigayil had not turned to Yad Eliezer for help. A Yad Eliezer staff member had set out in search of the home of a different family who had recently sent in an application form for assistance. Just as he stood in front of a building looking at the names on the mailboxes, down came Avigayil schlepping a full garbage bag headed for the trash can. When the Yad Eliezer staff member told Avigayil that he was looking for the family of a widow living around these parts, Avigayil mentioned that she, too, was a widow. Mistakenly thinking that Avigayil was the person he was looking for, the inspector examined her bare home instead, and so began her relationship with Yad Eliezer.


It was about 2:00 PM on Purim day when Milka realized that she had more matanos l’evyonim to distribute than she had anticipated, and she eagerly dialled Avigayil’s home. The number rang once. Twice. Milka called again. And again...


Purim would soon be coming to a close and Milka was responsible to distribute the Yad Eliezer Matanot Levyonim funds on the day of Purim itself. She tried calling people she knew in Avigayil’s neighbourhood. No one knew where Avigayil could be found. Eventually Milka even thought of sending a messenger to look for her.


Dozens of phone calls later, Milka finally found Avigayil and her son at a Purim seuda in an entirely different part of the city. “How did you find me?,” exclaimed Avigayil. When she heard about the gift she was to receive, she almost began to cry. “I didn’t know how I was going to afford groceries this week,” she told Milka.


The 1,000 NIS Yad Eliezer gave Avigayil ensured that she would get through the next little while and made her Purim very, very happy. It was three hours before sunset, and Avigayil ran out to buy groceries that very day. Thanks to you.