Charity Navigator evaluates over 5,400 charities in the United States. Out of that large number, only a small percentage achieve the highest 4-star rating. Out of those who achieve the coveted 4-star rating, only 3% of all charities achieve this rating for six consecutive years. This year, American Friends of Yad Eliezer joined that exclusive group.

“Only 3% of the charities we rate have received at least 6 consecutive 4-star evaluations, indicating that American Friends of Yad Eliezer consistently executes its mission in a fiscally responsible way, and outperforms most other charities in America,” wrote the internationally respected evaluation hub in March. “This ‘exceptional’ designation from Charity Navigator differentiates American Friends of Yad Eliezer from its peers and demonstrates to the public it is worthy of their trust.”

Yad Eliezer’s overhead has been maintained at under 4% for years. The fiscal responsibility and integrity of Yad Eliezer sets the organization above its peers, outperforming 97% of evaluated charities. This means that when you donate to Yad Eliezer, your funds are not squandered in wasted administrative time, poor organization, or inflated salaries. Over 96% of our budget, some $14,966,873 this past year alone, goes directly to those in need.

The Yad Eliezer family is made up of tens of thousands of supporters and volunteers around the globe. We work together. Your donations feed the hungry and create lasting change for Israel. We are proud to do our part to make that happen.

Now Feed A Baby is Even Better

American Friends of Yad Eliezer has been distributing Materna baby formula to tens of thousands of struggling Israeli families over the years, through our Feed A Baby program...

In Honor of Shavuos

Once again, in time for a yom tov, American Friends of Yad Eliezer | B'ezri is thinking proactively, working to "lighten the load" in needy households...

It's difficult to comprehend that a year has passed since the Lag B'Omer tragedy in Meron...

American Friends of Yad Eliezer is well known as one of the most effective Jewish charities for the poor in Israel, and for good reason...

Over Three Million Dollars Raised for Thousands of Families

Thousands of needy families across the country are breathing a grateful sigh of relief as Pesach quickly approaches... 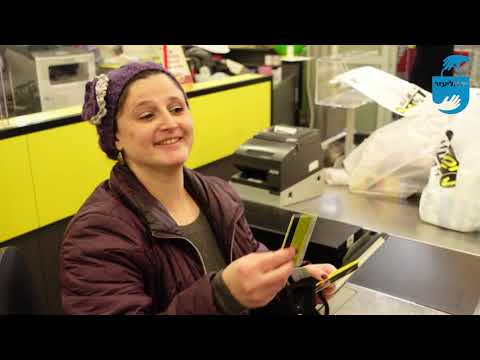