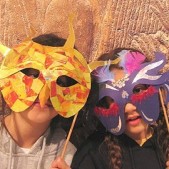 As Purim approaches, the preparations begin: costumes, shaloch manos, meal arrangements and more. At Yad Eliezer, preparations of a different sort have begun.

For the past 30 years, Yad Eliezer has been provided matanos le’evyonim to the neediest families in Israel in accordance with the directives of Gedolei HaDor.

The preparations begin long before Purim. Volunteers all over Israel, who are familiar with the neediest families in their communities, compile lists of families who wait anxiously, hoping to receive help on Purim. Would you like to meet some of them?

When Shira was born, her parents rejoiced. A beautiful little girl had made them a family! But only weeks later, Shira’s father was diagnosed with a frightful illness. Shira’s mother spent her days by his side, as Shira was cared for by various aunts and neighbors. With every last penny of their meager income spent on medical care and related expenses, there was not always enough to provide adequate formula for Shira. A neighbor turned to Yad Eliezer’s Feed-a-Baby program and received adequate nourishment for Shira. Unfortunately Shira’s father passed away a few months later, leaving behind grief and debts. Little Shira and her newly widowed mother are waiting for the envelope from Yad Eliezer this Purim.

Ya’akov’s Bar Mitzvah will take place a few weeks after Purim, but he isn’t expecting much of a celebration. His father abandoned the family nine months ago. His mother is struggling to meet the family’s expenses, and trying to provide stability for Ya’akov and his siblings. Ya’akov’s principal arranged for a Big Brother through Yad Eleizer’s mentoring program to tutor and support him. A family from America celebrating a bar mitzvah the same week as Ya’akov’s has sponsored his tefillin through the Yad Eliezer bar mitzvah twinning program. Ya’akov and his mother are hoping that a donation in honor of Purim will allow them to buy him new clothing in honor of his celebration.

Chana is a single mother with nine children. After years of abuse, she was relieved to get divorced, but did not have the financial and emotional resources to care for all her children and manage on her own. When Chana’s old refrigerator broke down, she was distraught. With debts piling up, and money so scarce, how could she possibly buy a new one? A local gabai tzedaka provided half the money for a new fridge, and turned to the Yad Eliezer Emergency Fund for the other half. Chana was overjoyed to receive the new appliance, and is hoping that the outpouring of generosity on Purim will allow her to go shopping and properly stock her new fridge.

Shira, Ya’akov and Chana have put their trust in Yad Eliezer. So can you.

By sending your matanos l’evyonim , you can be sure that your money will be delivered on the day of Purim exactly where it is needed most.

This year let’s each do what we can to bring joy, gladness and light into every Jewish home.

For one woman, itŌĆÖs all she has