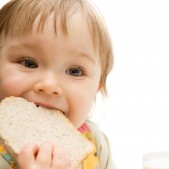 Wow, what a surprise! I was expecting to meet some new people, find out about Yad Eliezer, and get some stories to post on the website. I wasn’t expecting to be moved or excited. The truth is, I wasn’t feeling well today, so I ran to the doctor to get a strep culture before going to work. I planned to be at Yad Eliezer a couple of hours, then go home, drink some tea and get some rest. I wasn’t planning to get fired up and curious...

The Yad Eliezer office is large but plain: low ceilings and lots of fluorescents; although a lot of light is coming from those light bulbs, much more is coming from people’s hearts. There is tangible excitement about being part of bringing joy and sustenance to people’s lives. I was introduced to some of the key staff members, learned some basics about the structure of the organization, and heard some beautiful and moving stories that I hope to share with you in time.

Let me introduce myself. My name is Shalvi Weissman. It’s possible you’ve seen my stories in Jewish magazines. I grew up in Philadelphia and made aliya straight out of high school. I got a degree in education and spent many years teaching. In the past few years I went back to school to retrain as a therapist, and have been freelance writing to help pay my way through school. When I was approached by Yad Eliezer to do some writing for their website, I figured it could be a good experience, but I really had no idea what I was getting myself into.

So today I was sitting with Milka, the “grand central station” who sits at the front desk. Milka was telling me that when she comes to work each morning she feels like she is stepping into a tzedaka box. Not literally ? though her office is small, but figuratively she becomes engulfed, filled, and surrounded with the mitzvos. She introduced me to one man whose life has been changed by Yad Eliezer.

“Do you remember the terrorist attack a few years ago in the Beis Yisrael neighborhood? Before that we were just a regular family. I worked, my wife worked in a kindergarten, and we had a few kids. The night of the attack we were hosting a bar mitzvah. We went to wish the guests goodbye. My wife was nearby, holding our six-month-old baby. The terrorist stood right next to my wife and blew himself up. The baby was blown out of her hands, and she was badly burned. I was also injured...”

“Yes yes, they’re alive. Thank G-d. But since then my wife hasn’t been able to work. She has terrible nightmares. Any time she hears an ambulance she flashes back to that horrible moment. She doesn’t sleep well at night, she is weak and worried during the day. I do what I can, but no matter how hard I try ? and believe me I try ? I just can’t keep up with the expenses. It breaks my heart. The cabinets are empty, the kids are hungry, but I have to be strong. If I let my wife see for a second that I’m worried about money, or anything else, she just cracks. She is a good and special woman, but emotionally she is very weak. She suffers from flashbacks every day, every night. It takes everything she has just to be there for our kids. On my own, I can’t seem to make ends meet...”

Like I said, I am training to be a therapist, so I couldn’t help but ask if she has gotten help. The symptoms that he described can be helped dramatically by good therapy. He told me that she went to a public clinic and the treatment that she got there was traumatizing. I was able to give him the phone number of a place that his wife can go to get free treatment from a good therapist. He had never heard of the clinic that I recommended, but was eager to get her help. I had stepped into the tzedaka box. The man left with money to fill his pockets and hope to fill his heart. I left feeling honored and blessed to have been the right person at the right time.

I hope to share with you my adventures as I get to know the people behind the scenes at Yad Eliezer. They seem to be really colorful and interesting characters. I’ll tell you more about them next time. Do me a favor, and be in touch. Let me know what you like, what interests you, if a story touches you, or if you have a story that you think would interest other supporters of Yad Eliezer. Let’s take the opportunity to share with each other our enthusiasm for helping some of the most virtuous and most needy people in the world.