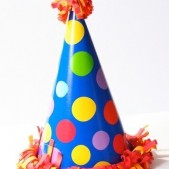 When her son celebrated his bar mitzvah four years ago, Robin Treistman turned to Yad Eliezer for a different kind of help. Robin didn’t need help paying for the event or feeding her family. Robin Treistman is a programmer and project manager for the Knesset, the Israeli Parliament. Instead, Robin needed help making her son’s bar mitzvah meaningful.

Robin wanted the bar mitzvah party to mean more than new clothes, good food, and lots of presents. She turned to Yad Eliezer to ask how she and her family could best be of service to the poor of Israel.

The bar mitzvah would take place after Ta’anis Esther, around Purim time. Thinking about how the Treistman family could have a special impact, Milka had a flash of inspiration. Other Yad Eliezer programs had already been arranged to provide the poor with food and financial aid at Purim time, but after Purim, Pesach was soon to follow. Something many families could scarcely afford was cleaning products. Instead of preparing regular mishloach manos with food, why didn’t Robin arrange to send the poor mishloach manos filled with things like dish soap, laundry detergent, and floor cleaner?

Walking into the bar mitzvah in Bayin V’Gan, Milka looked around the beautifully decorated hall. In one corner stood a few partitions, but she figured they were just hiding some extra chairs. After Robin welcomed the guests, Milka spoke briefly about the work of Yad Eliezer. Then Robin asked the guests to look under their tablecloths. Ten buckets filled with stickers and ribbons sat waiting under every table. Robin moved the partitions, revealing a bar stacked high with fresh cleaning products.

After guests had filled their buckets with cleaning products and decorated them with stickers and ribbon, Milka helped pile the unusual mishloach manos into a Yad Eliezer vehicle waiting outside the hall. Two hundred buckets were distributed that night, and the Treistmans’ bar mitzvah party was a success.

What started with Purim continued with Rosh Hashana. The Treistman’s daughter was turning twelve and had a theme party planned in the woods of Beit Shemesh, complete with Bedouin tents, mats, costumes, and cuisine. The question was how to take the celebration beyond just a party.

This time, Robin and Milka decided to capitalize on it being the beginning of the school year. Poverty stricken families often couldn’t afford school supplies for their children, causing much embarrassment and difficulty.

Robin set up a treasure hunt with clues leading from tree to tree where different school supplies waited. Guests each received a gift bag to fill with pencils, notebooks, pencil cases, erasers, and other things. A few days later the bat mitzvah girl joined her parents at the Yad Eliezer offices, where the family distributed school supply gift bags to six hundred elementary school children.

A year later Milka visited the Knesset to find that Robin had placed Yad Eliezer pushkas on every Knesset member, secretary, and staff members’ desk. Another bat mitzvah celebration saw Robin provide organza bags for guests to fill with five shekel coins, candy, stationary, and pens for children from the Blumenthal Orphanage, Beit Olot, and the Bat Tzion Girls Institute for C.I.S. Immigrants. Not only did Robin’s generosity and creativity benefit many of Israel’s needy, but she started a trend: several of the her friends began hosting similar creative charity activities at their events as well.

Another bar mitzvah is planned in about a year, and guests already know what to expect when they receive an invitation from the Treistmans. Their parties don’t just show everyone a good time, they leave family and friends with a warm glow inside from having helped those in need.

You can, too! Helping others is a lot of fun. There are so many ways to have a good time and show you care. Just think about what the less fortunate may need and be creative about providing it for them. With a little time and effort, you can really make a difference. Next time you have a special occasion, don’t just throw a party – make your event something really worth celebrating.