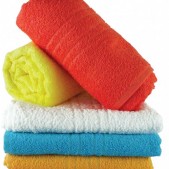 The groom with holes in his shoes

Sponsoring the wedding of a poor couple in Israel

Part of what makes Yad Eliezer such an amazing organization is our nationwide network of volunteers. Over the past decades the staff of Yad Eliezer has networked with many community representatives who work hard to insure that the members of their communities have their basic needs met. One of our dedicated volunteers is Chaya who works with new olim from the former Soviet Union. She has helped more than 100 couples get married and build their lives despite having very little family and community support. This week we received the following story from Chaya:

“There is a young man that has been a regular guest in our home for the past few years. He made aliya as a young teen and is a friendly guy who has many acquaintances from the various yeshivas that he has learned in. A few months ago he told me that he was engaged to a lovely young woman who had only recently arrived from a small town not far from Moscow. She had become a ba’alat teshuva before making aliya, and had arrived alone without any family. They both impressed me with their dedication and strong desire to grow. They conversed together in Russian as she hasn’t yet learned Hebrew. He told me that his bride to be was living with her aunt, and I gave him a list of various organizations that could help her with the various things that they would need for the wedding.

“A few days before the wedding I called him to see how he was doing. I got the feeling that he was still lacking in some of the essentials, so I told him to come to my home to pick up 1500 shekels which he could use for house-wares. Two nights before the wedding he went to the small apartment that they had rented to leave some of his belongings, and called me to ask if I knew where the sheets and towels were. I quickly called the bride and was shocked to find out that she hadn’t bought any house-wares, linens or cookware. I asked her if she had used the list that I gave her and she explained that her Hebrew was not strong enough to do the errands, that she was completely reliant on her aunt who has many children, a husband with a disability a mother who was in the hospital and whose father had passed away only weeks earlier. Two days before the wedding and she had nothing! I was in touch with Yad Eliezer right away and went myself to purchase a set of linens and towels.

“The next day the groom came to my home to pick up the money that I had offered, and asked me with his head hung in shame if it would be ok if he used some of the money to buy himself a new pair of shoes for the wedding. I followed his gaze downwards and could clearly see the holes in his shoes. I told him that the money was his to use as he needed. The next night at the wedding he told me that it was ‘my’ money that allowed him to buy a new suit and shoes for the wedding.

“Can you imagine?! Just days before the wedding and he had no new clothes, nothing with which to cook and serve a simple meal, and not even sheets to sleep on. Thank you so much Yad Eliezer for stepping in and providing for couples like these! It breaks my heart to think what might have happened had we not been there for them...”