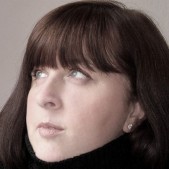 Can we really transform lives?

Support families who are living in terrible poverty

While visiting Yad Eliezer's office last year, I met a mother who had just given birth. She came to the office desperate. After 3 weeks of unsuccessful attempts to nurse her baby, she saw that her baby was below his birth weight and she urgently needed Materna. But she could not afford to purchase it. She also had just finished her last diaper and had no money to buy more. Her baby was hungry, and she had nowhere else to turn.

I asked her where she lived, and she replied that she could not bring her baby home because 'home' was a dingy, damp underground apartment which was not healthy for a new baby. She was staying at her mother's house but her husband was at home because there wasn't enough room for him there. Her father was in prison at the time, and her mother did not have any income. The circumstances were heartbreaking, but something about this woman gave me the impression that she had the inner strength to build a better life for herself. She really made an impression on me; she looked so sweet and I wished I could help her.

We immediately signed her up for the feed a baby program and gave her some money for diapers, though it would be just a drop in the bucket of what she really needed to pull out of her situation. She didn't want to give up on nursing, but it was clear that she wasn't getting the nutrition she needed to be able to nurse. I suggested that she should feed her baby Materna and soon she can try nursing again when she is stronger. I also arrange to have food boxes delivered to her so that her nutritional intake would improve.

We spoke a little bit more, my heart really went out for her and I tried to give her some helpful advice about finding a job since she seemed very eager to get back on her feet. Though I wondered to myself what kind of job COULD she find that would help her out of her situation?

I was at the local makolet early in the morning and the lady behind the counter looked so familiar. Suddenly it hit me....THIS IS THE YOUNG MOTHER I MET IN YAD ELIEZER A YEAR AGO DESPERATE TO FEED HER BABY!

I wanted to say something but didn't want to embarrass her. As we schmoozed she said she recognized me as well and she remembered where we had met.

She exclaimed: "bizchutchem...." Because of YOU, I was able to feed my baby, regain my strength and have been working at this job for 6 months already to support my family.

In this case, I saw with my own eyes how Yad Eliezer's Feed-A-Baby program helped someone get back on her feet.

Isn't it amazing? What did we really give her? Formula, some diapers, some food and a listening ear. The total cost to Yad Eliezer was so minimal that it would probably wouldn't even be noticed in most of our credit card bills.

That's all we did. And now she's back on her feet. Confident. Transformed. Smiling.

But we can't do it without you.

There are dozens of new moms on our waiting list. But we can only help them with your support. Can we count you in?