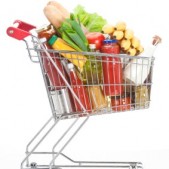 It started when I was asked to translate a couple of letters, one from a pre-teen and the other from her mother. The girl has an unusual skin condition that has caused her to lose all her hair. Since the family is of very limited means, the girl was wearing a hand-me-down excuse-for-a-wig that was a poor imposter for hair, making her look and feel different from all of her friends. The mother wanted to buy an expensive medication that the daughter had tried and had success with until the prescription ran out, and the family could not afford to renew it. Somehow their story reached Yad Eliezer, and from there a Tzedaka Extremist by the name of Robbie heard about it and decided that he would do whatever it takes to help the girl to feel normal.

Here are some experts from their letters:

“Thank you for the beautiful natural wig. I look like a normal girl!” – the daughter

“Thank you for your help. Our daughter is going to school with joy and self-confidence. Aside from the wig and money for the medication, the money you sent for clothing has helped us outfit her, and she is feeling beautiful.” – the mother

I was curious about Robbie so I decided to give him a call. The man’s accent is so strong I get nostalgic for New York. On the phone he sounds like a radical extremist. “Jews are so broken! We need to fix them! Today, do you know who the most broken Jews are? Teachers, divorcees and agunos. We found 250 such families. We invest in them and fix Jews ? big time! This girl was so broken, but now we fixed her up. I got her the best dermatologist, nice new clothes. Her generations are at stake! Her children and children’s children, do you understand? The worst thing in the world would be for her to look in the mirror and ask ‘Who will ever want to marry me?’ This girl is going to have a normal life! We can’t let her get depressed! We will continue to be there for her, whatever she needs. We have to do everything we can to fix them! The tzaddikim at Yad Eliezer? They are my partners in this work. They are holy righteous people!”

I found myself thinking about the call for a long time afterwards. Can money fix people? Is it presumptuous to say “we fix people”? What is it that makes them “broken”? If it really is just a lack of money that makes them feel so broken, maybe Robbie is right.

More than that, the questions that are staying with me and not giving me rest are the following:

Am I as dedicated to going all the way in any of the mitzvahs that I do each day? Do I run after mitzvahs, and go beyond what anyone else would expect? Could I even hope for a moment that anyone (including myself) would see me as an “extremist” for any of the things that I believe in?