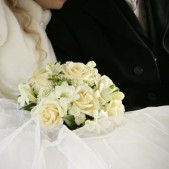 My second day at Yad Eliezer. I took my antibiotics, but my voice is totally shot, good thing I'm writing and not talking! But despite feeling a bit under the weather, I am energized to be here.

I walked in to the office and who do I see? Shoshana, a lovely young lady from Baltimore that I was lucky enough to host for Shabbos on her second year learning here in Israel. She is leaving in two weeks to go back home and wanted to get in a last chessed opportunity before flying out. I asked her how she first heard about Yad Eliezer, and she said that while everybody knows about Yad Eliezer, her first real encounter was last year at her seminary, Chochmas Lev, when someone came to talk about their wedding program. Then, this year some friends came to package food for poor families. When she was thinking about where would be an ideal place to give something back to the community before she left, she thought of Yad Eliezer. Thank you Shoshana! I hope that you will be one of the brides adopting a wedding this coming year!!!

Do you know about the Adopt-a-Wedding program? It was new to me, and I was curious to find out more. Meira has been running around Israel to introduce the program to girls in about thirty different seminaries, and is happy to tell me about it as well. Yad Eliezer caters up to six weddings a night at a discounted rate. For some families even those reduced prices are more than they can handle. So Yad Eliezer turns to prospective brides from America, and asks them to sponsor a wedding for a poor bride in Israel the night of their own wedding. They keep in touch with the girls when they go back to the states, and are thrilled when brides decided to involve Yad Eliezer in their celebration. Meira then took me to meet Sara who deals with the weddings from this end.

Sara is a put together lady who seems to have heard it all. Many times brides come in with their mothers to choose the menu, and she gets to take part in their bubbly excitement. Sometimes the whole family comes, with the mother in law, sisters in law and even the grandparents! I can't imagine how she fits them all in to her tiny office! But when there's room in the heart there's room in the home, right? Yad Eliezer seems to be a second home both for the givers and the receivers.

Sometimes the meetings with the families are not so upbeat. Sara told me about a bride that came in yesterday with her mother. The father had suddenly fallen into a coma and the rest of the rest of the family was in shock. The wedding is in two weeks, and both the bride and her mother can’t imagine how they will go through with it. Sara told me that she and her secretary sat and cried with the bride and her mother. The mother had never been involved in the family's finances, and didn't know where to begin. While Sara felt that it wasn't enough in this case, at least she was able to do something to ease the financial burden. This story is one of many.

On my way out of Sara's office I met Mrs. Samet, one of the colorful characters of Yad Eliezer, but I’ll tell you that story next time.