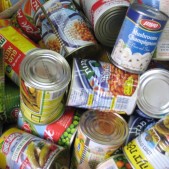 In September and October of 2009, Yad Eliezer had a hard decision to make. Several cities around the country had to be cut from the Yad Eliezer roster due to the recession. Hundreds of hungry families would stop receiving their weekly food baskets.

Zichron Yaacov, a charming city characterized by scenic Carmel views, a thriving artists’ colony, and Israel’s first winery, was one of the cities that was cut. The desperate poverty coloring the lives of hundreds of residents there goes largely unnoticed. For the poor, being removed from the Yad Eliezer aid roster was to be cut off from a lifeline. That is, until the Jewish community of Newton, Massachusetts intervened.

“We are not an affluent congregation but we’re very much a caring congregation,” said board member Seymour Kraut. “The fact that there are families who don’t have food touches people. We empathize. If we have it, we give it to help others.”

When the Jewish community of Newton, Massachusetts learned of the Yad Eliezer food-relief cuts, they decided to do something about it. A community appeal led to the permanent reinstitution of 150 Zichron Yaacov families on the Yad Eliezer distribution roster.

“Two things impressed us about Yad Eliezer,” explained Mr. Kraut. “The first was their low overhead. The second was the fact that CEO Sori Tropper takes no cut. Our congregation has made it a practice not to support any organization with more than a 10% overhead, so I checked Charity Navigator. Yad Eliezer has earned the top 4-star rating for the sixth year running.”

The dedication of the Yad Eliezer staff also made a big impression. “I have called Sori Tropper at some crazy times,” laughed Mr. Kraut.


When the Rabbi Gershon Segal and Mr. Kraut phoned Sori from the synagogue office immediately after the early-morning minyan on Sunday, the rabbi was surprised that she was available on the weekend at such an early hour. “Now that is the kind of organization we should support,” he declared.

Mr. Kraut explains, “Our kids get presents at Chanuka time. They have birthday parties. We feel that if we have, why shouldn’t the people of Israel have also? It’s our way of sharing what we have to help others.”

He adds, “What I’m saying is not profound but it is what motivates us.”

Not profound? Despite the Newton congregation’s humility, the city of Zichron Yaacov know exactly how profound their caring really is. The lives of hundreds are changed thanks to their kindness.


Yad Eliezer salutes Newton, Massachusetts for their dedication to the people of Israel and is grateful that they are part of the Yad Eliezer family.