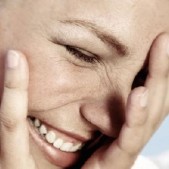 This Purim, the Yad Eliezer telephones were buzzing as matanos l’evyonim donations were phoned in from all around the globe. Milka, Yad Eliezer’s social services director, had already distributed the vast majority of matanos l’evyonim checks that had been prepared in advance when she received a call on her cell phone.

“Please don’t forget me today,” said a small voice on the other end of the line.

Shulamit* is a young mother in her early thirties whose husband is in and out of the picture. Their five children are supported by their mother, whose strength and resources are pushed to the maximum every day. Milka told her that she would see what she could do.

Although sums being called in were mostly minimal, a few minutes later the phone rang with a donation of 1,000 shekels. Milka immediately contacted Shulamit to tell her the good news and give her the money.

After Purim, Shulamit called Milka again. “Milka, I have to tell you what a Purim miracle happened,” she began.

“We haven’t been able to cover our electricity bill for several months now, and just before Purim the final warning arrived. If we didn’t pay within a few hours, they were going to turn off our electricity. We just couldn’t figure out anywhere to cut, and didn’t know what to do. We thought we would be sitting in the dark without a refrigerator. Then you called to give us the money.”

Do you know how much Shulamit’s electric bill cost? Exactly 1,000 shekels.