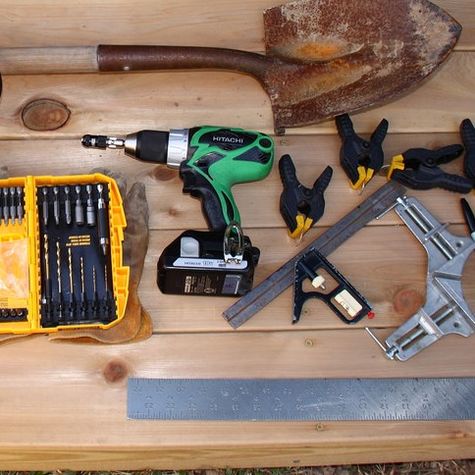 When Shalom the Shiputznik Needed Help

A Robbery Threatens One Man's Parnassa. Yad Eliezer Steps in to Help. You can, too.

Shalom, a father of four from Givat Ze'ev, is a shiputznik-someone who works in construction, doing remodelling and repair jobs for homes and businesses. A couple of years ago when he was starting out, he was looking for a way to grow his one-man company. He owned just a few tools, so he was really limited. He was restricted to doing minimal jobs, which in turn resulted in a minimal income. In a true vicious cycle, that poor income hindered his ability to invest in his business, which prevented him from taking on bigger jobs, which kept him earning the bare minimum.

So when Shalom was referred to Yad Eliezer, he was extremely grateful when he was given financial help. The assistance enabled him to purchase the tools he needed, which really made a difference: he upgraded, acquiring steady clients including two yeshivot, for which he worked part time at both. Things were going pretty well, he was working hard, his small business was stable. He was able to stay afloat. That is, until a few weeks ago.

Yad Eliezer received a phone call from Shalom, who was in tears. His family had just celebrated his son’s upsherin, and when he came outside after the event, he was horrified to discover that someone had broken into his work truck.

They had stolen all his equipment.

Shalom was devastated. In just a couple of hours, his livelihood was gone. He didn’t know what to do-he didn't have the thousands of shekels it would take to replace all his tools. Shalom's wife wasn’t working and he didn't know how he could possibly recoup his losses. He was reliant on this income to keep his family fed and now his parnassa had simply evaporated. He was forced to turn down potential jobs and he wouldn’t be able to provide his services for the yeshivot-endangering both his future with them, and his own.

So Shalom approached Yad Eliezer, hoping that assistance would be available to help him in this emergency. Thankfully through our Microfinancing program we were able to fund 60% of the purchase costs that Shalom needed to get back on his feet. This was literally a life saver for him-enabling him to go back to work in a matter of days and continue to support his family.

This story is a typical example of the crucial impact our microfinancing program has on families. The short term funding makes a long term difference-improving their lives and helping them support themselves so they can live with dignity.

Want to help a man, woman, father, mother or family get a new chance to improve their quality of life?
Think of Yad Eliezer. And think of Shalom the Shiputznik.


Check out our Emergency Fund and other programs that make a difference to people who are struggling.