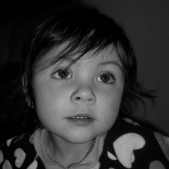 A few months ago in southern Israel a 39 year old mother of four woke up. Her husband didn't.

Immediately their lives were transformed forever. Sharon took the kids and moved in with her mom for the shiva. When the shiva ended they didn't know what to do. When her husband was alive they had a modest income that got them through one month at a time. Without him she had no means to pay the rent. She returned to the apartment to pack up her belongings and has been back and forth between the homes of her divorced parents. The kids were no longer in school and every semblance of normalcy and routine had been completely shattered. Her baby was only six months old. Her internal terrain had been ravaged as if by a massive earthquake. The factors that she once considered as stable as the ground beneath her feet were simply no longer there.

Life had to go on. But how?

Sharon turned to Bituach Leumi to get the small stipend that is given to widows and orphans. But it wasn't nearly enough. Neither of her parents are people of significant means, and the resources available were few.

A friend of Sharon's had heard about Yad Eliezer's Widow and Orphan fund and turned to them on Sharon's behalf. The next day Sharon got a phone call from Dov Weisel. Within hours a significant monthly stipend was arranged.

While Sharon and her children still have significant challenges to face, knowing that their basic needs will be met and that they will have the support that the need to rebuild is a tremendous relief.